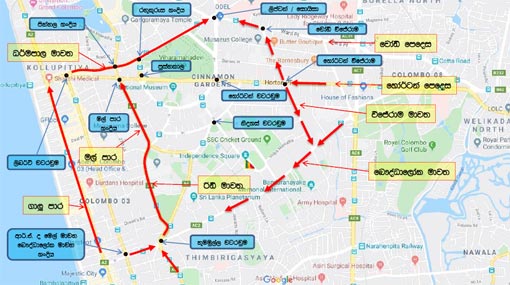 A special new traffic plan has been introduced for Colombo parallel to Independence Day celebrations and its rehearsals stated the Police.

Accordingly, it has been decided to restrict or limit vehicular traffic in certain routes and areas of Colombo.

The new traffic plan will be in effect in the following dates: 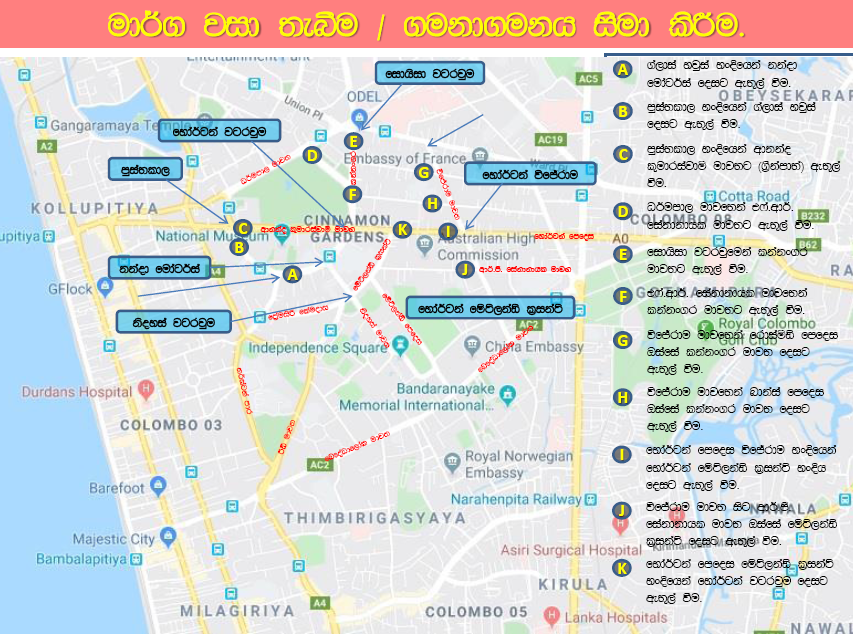 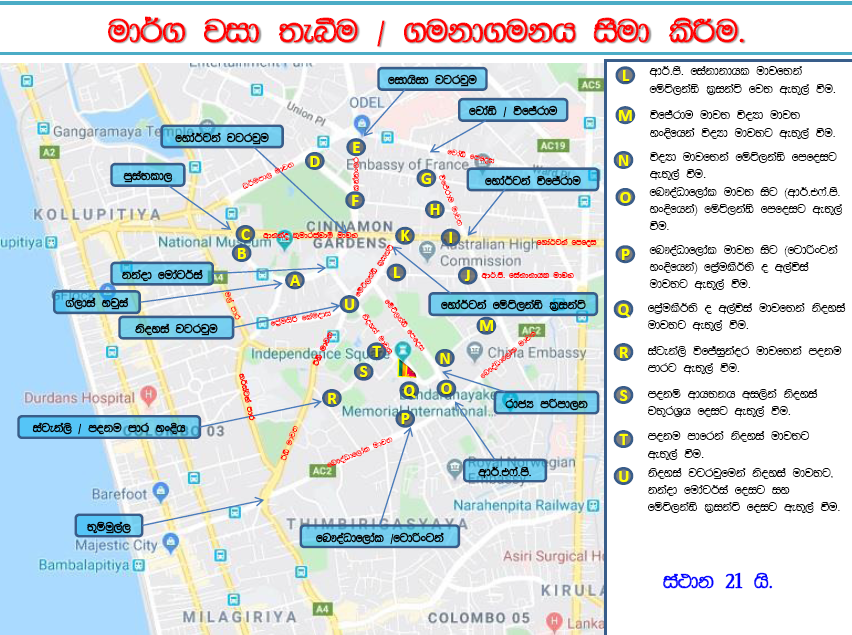 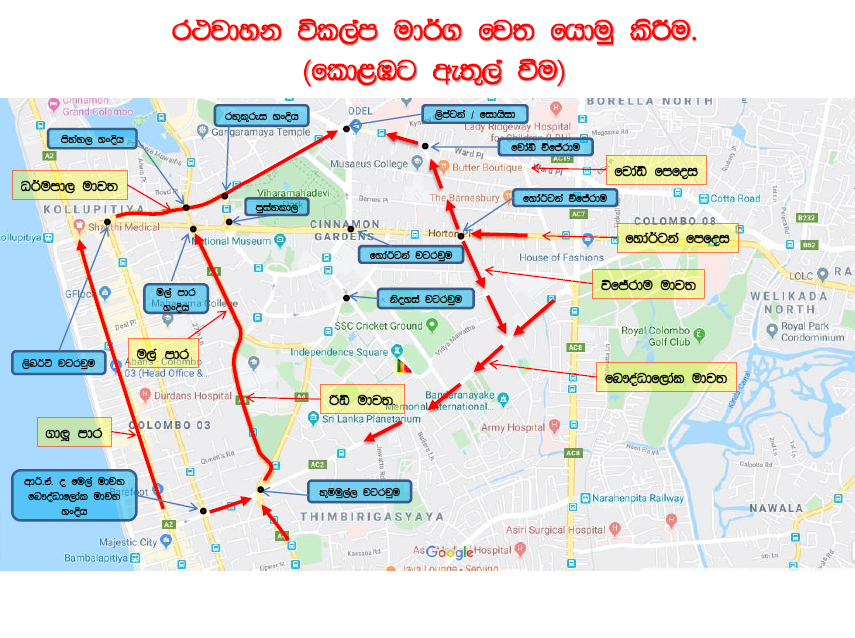 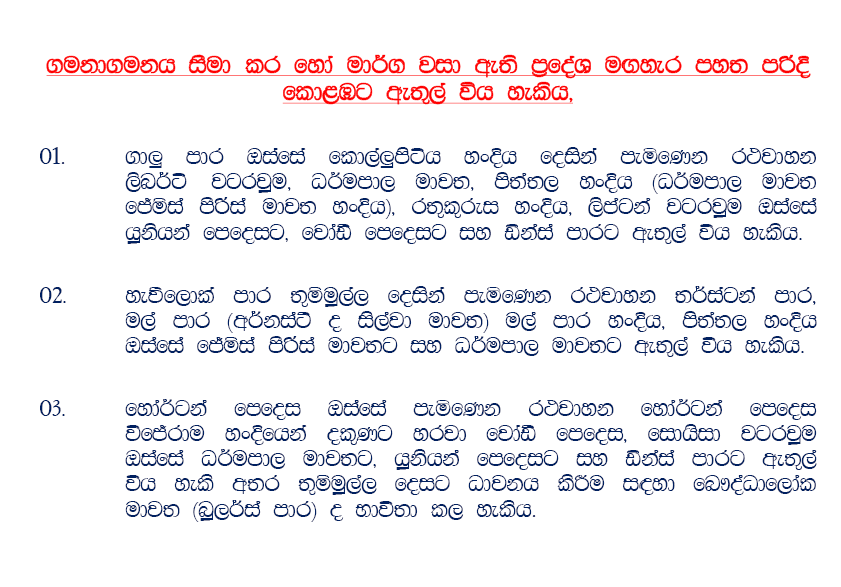 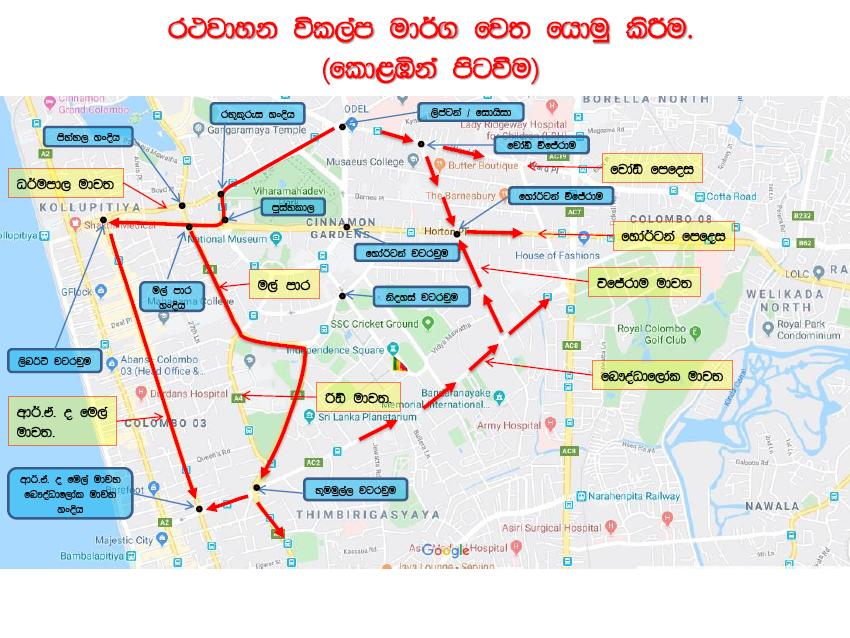 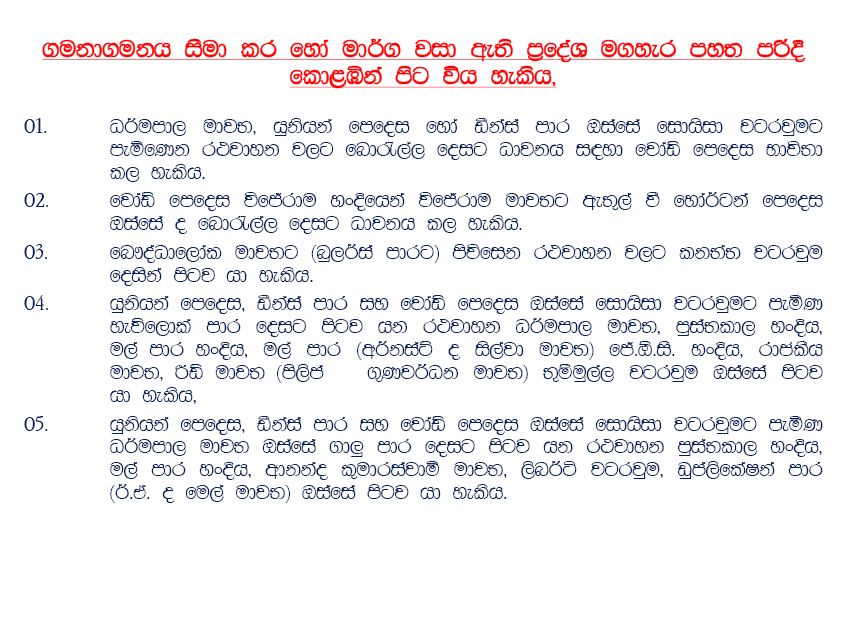 However, the residents in the restricted areas, after establishing identity, will be allowed to enter when there are no ongoing parades, armed trucks or special marches, stated the Police.

Motorists who travel through Colombo can avoid inconveniences if alternatives further to the Independence Square, are used, Police added.