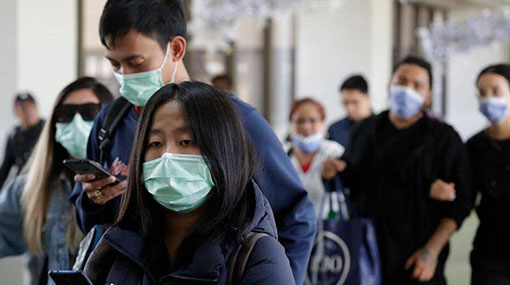 The Embassy of Sri Lanka in Beijing says that approximately 204 Sri Lankan students have departed from China during the last two days.

Chargé D’Affaires of the Embassy, Mr. K.K. Yoganathan mentioned that more groups of Sri Lankans in China will arrive in the island today (28) and tomorrow (29).

In the meantime, a group of nearly 50 Sri Lankan students who were living in China reached the island yesterday (27).

The first flight, MU-713, arrived in China from Kunming yesterday at 5.54 pm while the second aircraft, the MU-231, arrived at BIA from Shanghai at 6.34 pm last evening. As all of the students who arrived in the country were in good health and accordingly have been sent to their homes.

Students from Sichuan and various other parts in China are being transported to airports by bus. 30 students remaining in the city of Nanning will also join them.

Discussions are currently underway with the Chinese government to bring back Sri Lankan students in Wuhan which is currently locked down.

The national carrier, SriLankan Airlines has taken measures to provide air tickets to students at a discount rate of 50%. Facilities are available to connect with the Airline through its hotline. Payment through a third-party credit card is also permitted.

Collecting information on students in China has now been completed. A National Action Committee to prevent the spreading of coronavirus comprising health experts was appointed under the direction of the President. The committee is scheduled to meet today and discuss future steps.

Relevant authorities frequently communicate with students to verify their well-being. Those who had arrived from China are requested to attend regular medical screening and to be vigilant about their bodily temperature.

They are also requested to wear face masks for at least 20 days.

Meanwhile, the Civil Aviation Authority had set up a separate arrival terminal supported by precautionary measures at the Bandaranaike International Airport for passengers returning from China.