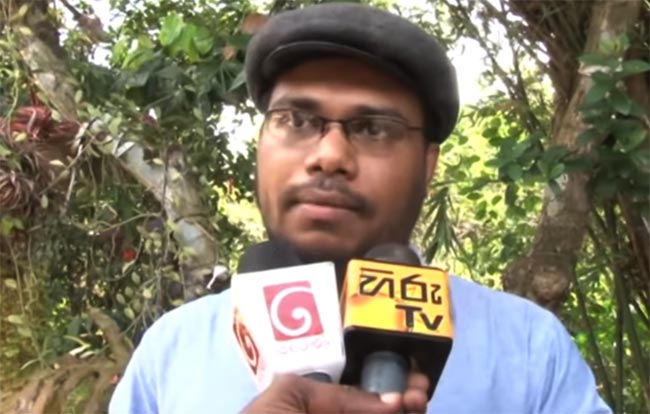 Uvindu Wijeweera says he is ready to come forward at any moment for the sake of the country.

Speaking to the media in Kelaniya, the son of Janatha Vimukthi Peramuna (JVP) Founder Rohana Wijeweera said that there is a duty towards the country as a citizen.

Stating that he believes that he is the son of Rohana Wijeweera and not of JVP, he says that he has no right to the JVP.

The rights to the party lie with the people who engage in politics through the party, he added.

However, no one can tell him not to engage in politics and it is his choice to make, he further said. He says that he has to fulfill his duties towards the country and that he will come forward at any moment for this purpose.

Uvindu Wijeweera says that he does not recognize himself as a great Marxist.
He says that his foundation lies in Buddhist culture and further theoretical studies are required in that.

“I have a duty to fulfill the country. For that, I don’t need a Marxist party; that is my father’s practice.”

He says that we must move forward with the world.

“In Russia, I held the leadership of an international student union with over 60 countries. I’m not trapped in an island-mentality. This world must change. We need to move forward with the new things in the world.”