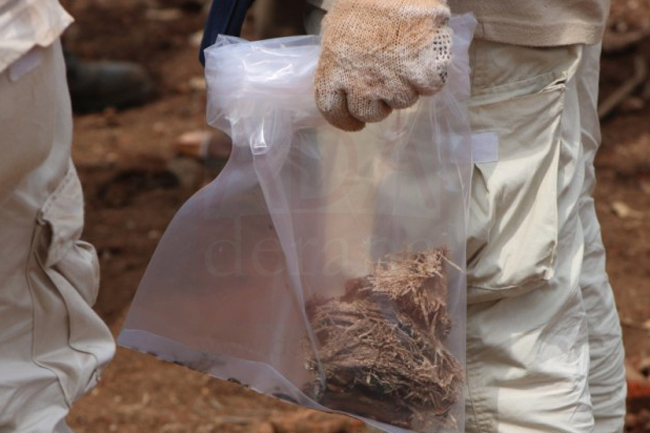 Bone fragments found in Mankulam presumed to be 20 years old

Several bone fragments that were unearthed from a site in Mankulam Hospital have been presumed to be more than 20 years old.

The Judicial Medical Officer (JMO) of Kilinochchi Hospital carried out excavations at the site last morning (13) at around 10.00 am under the orders of Mullaitivu magistrate.

These skeletal remains were recovered from the Mankulam Hospital premises during the construction of new ward buildings. A medical officer of the hospital then informed Mankulam Police of the incident last Friday (07).

The police later presented submissions to the Mullaitivu Magistrates Court. The magistrate later inspected the site on Wednesday (12).

The court will take up the case on the 26th of February and Mankulam Police is conducting further investigations on the incident.