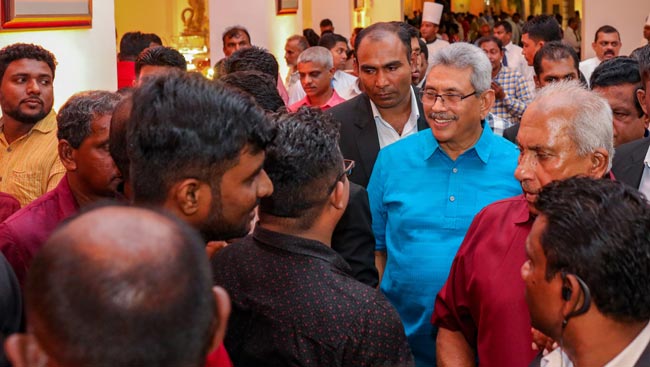 A meeting between President Gotabaya Rajapaksa and representatives of the Progressive Trade Union Federation was held at the President’s House in Fort yesterday (15).

President stated that he had paid his attention to find immediate solutions to the issues faced by trade unions.

The government is committed to transforming the public sector into an efficient service despite opposition posed by a small section, stated President’s Media Division.

Instead of resorting to trade union actions only, these entities should work towards bringing about an attitudinal change for the benefit of the people, President said.