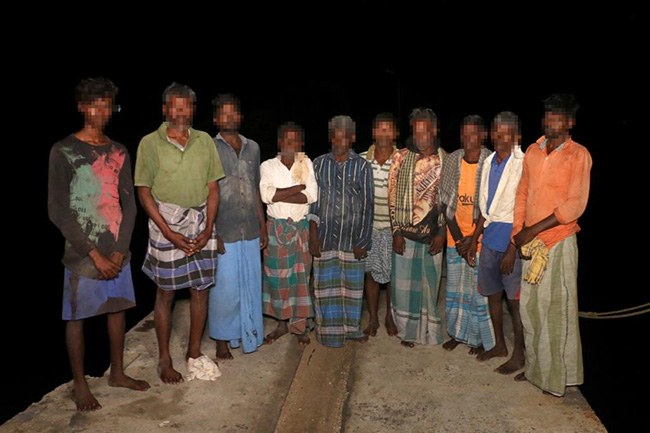 The Navy has apprehended eleven Indian fishermen who engaged in illegal fishing in Sri Lankan territorial waters along with three trawlers belonging to them.

During a special operation carried out by the Navy yesterday (15), these 11 Indian fishermen who had entered to the seas North of Analathivu island in Sri Lankan waters and engaged in illegal fishing on three trawlers, were taken into custody.

The apprehended fishermen and the seized trawlers were subsequently escorted to SLNS Elara in Northern Naval Command.

After a medical check-up, these Indian fishers are due to be handed over to Assistant Director of Fisheries-Jaffna through the Department of Coastal Conservation for onward legal action. The seized trawlers have been anchored at SLNS Elara.