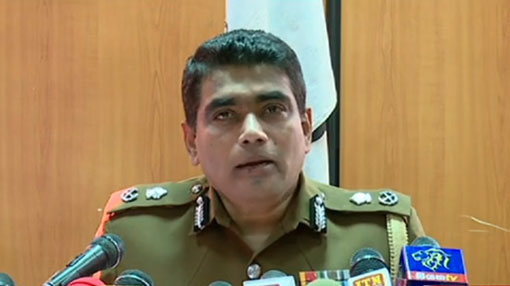 Speaking at a special press conference held in Colombo to brief media regarding the progress of investigations being carried out into the attacks, DIG Ajith Rohana revealed that a total of 216 suspects including 07 women were arrested following the attacks.

Out of them, 153 suspects are still in either police custody or remand custody under detention orders through provision of the Prevention of Terrorism Act (PTA).

He stated that among those suspects are 06 Sri Lankan nationals who were brought to Sri Lanka from the United Arab Emirates (UAE) with the help of Inerpol and that investigations have uncovered that they had aided in carrying out the attacks.

DIG Ajith Rohana also stated that 04 Maldivian nationals were also arrested and investigated over the attacks.

He said that a total of 09 firearms including 03 T-56 assault rifles as well as several vehicles including 02 cars have been taken into custody during police operations.

Rohana added that one of the suspects currently in custody had received training in Syria.