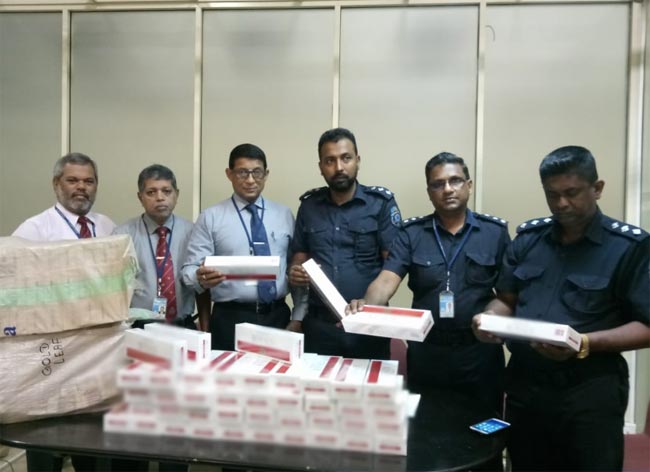 Man arrested with foreign cigarettes worth over Rs 1.1 mn

A man has been apprehended at the Bandaranaike International Airport (BIA) over an attempt to smuggle in foreign cigarettes from Dubai.

The arrest has been made by Customs officials at the arrivals terminal of BIA, early this morning (20).

The arrested suspect is a 31-year-old employee at a tourist hotel in Moratuwa.

He had smuggled in two types of foreign cigarettes within 114 cartons, concealed within his bags. The officials have found 22,760 sticks of cigarettes on the suspect.

Reportedly, the value of the cigarettes has been estimated to be over Rs 1.1 million.

Following an inquiry by the Customs, the apprehended passenger had been released on a fine of Rs 100,000 while confiscating the stock of cigarettes.