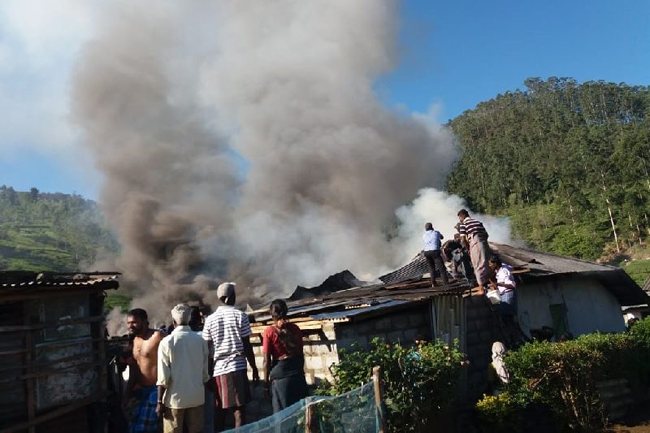 Six estate houses have been completely destroyed in a fire that erupted in Dayagama East in Agarapathana this morning (20).

According to reports, 37 residents including two children, who were displaced by the fire, have been temporarily relocated to a building in Tamil Primary School, Dayagama East.

No casualties were reported owing to the incident.

The fire was doused in a joint effort by the residents of the area.

The case for the fire is yet to be uncovered and Dayagama Police is conducting further investigations on the incident.