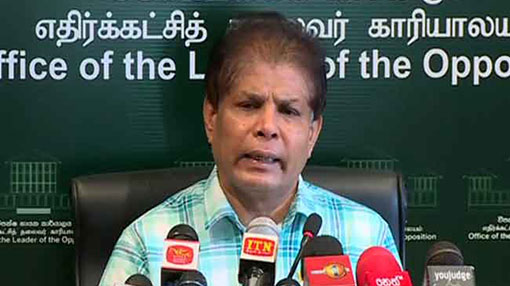 Why cant we contest under elephant symbol? - Wijepala

UNP MP Wijepala Hettiarachchi says that they of the firm belief that the political alliance led by the United National Party (UNP) should contest the forthcoming General Election under the symbol of the ‘elephant’.

“What is the inability to contest under the ‘elephant’?” he questioned, speaking at a press briefing in Colombo today (21).

The parliamentarian said that there is a small issue with regard to contesting under the ‘swan’ symbol and that the said symbol belongs to a different party, the New Democratic Front, and that its Secretary is someone else.