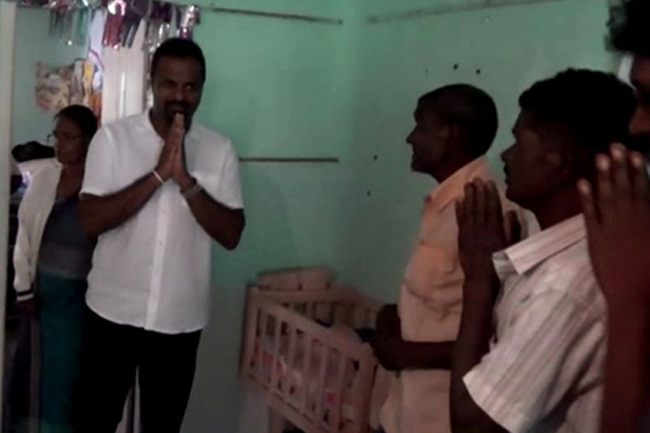 Muttiah Prabhakaran, the brother of Sri Lankan cricket great Muttiah Muralitharan, says he will contest the upcoming general election as a representative of Nuwara-Eliya District.

He made this announcement speaking to the media in Norwood, after visiting the residents who were displaced in a recent fire at several estate houses in the area.

He further commented that he will render his support for President Gotabaya Rajapaksa and added that he expects vie for the election from Sri Lanka Podujana Peramuna (SLPP).

The former cricketer’s brother says he hopes to serve the residents of Nuwara-Eliya District after stepping into active politics through the coming election and to improve the infrastructure in the area.