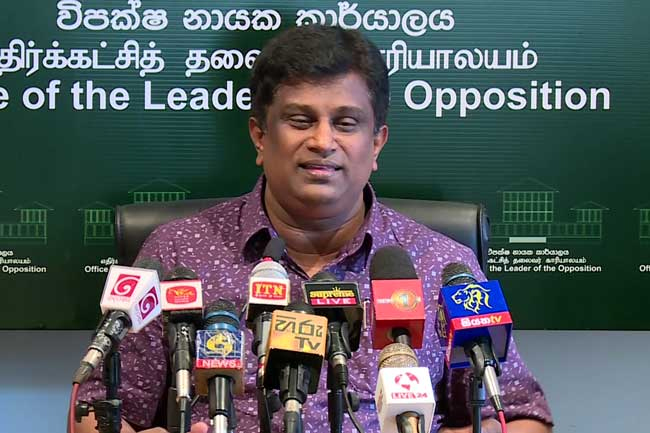 UNHRC resolution 30/1 did no harm to the country  Ajith. P Perera

He made this remark adddressing a media briefing held at the Opposition Leader’s office today (22).

The government is trying to mislead people as elections are drawing nearer, the parliamentarian claimed.

The government of Sri Lanka recently decided to withdraw from the United Nations Human Rights Council (UNHRC) resolutions 30/1 and 40/1 co-sponsored by the former government in 2015 and 2019 respectively.

This was later approved by the Cabinet of Ministers.