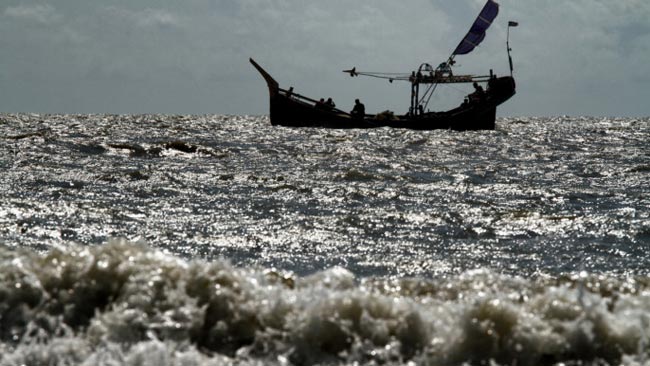 Twenty-four Sri Lankan fishermen have been arrested by the Bangladesh authorities from the Bay of Bengal on charges of fishing illegally inside Bangladesh’s maritime boundary in Chattogram.

Four fishing trawlers have also been seized during the drive, stated the Bangladeshi Police.

The detainees were handed over to Patenga Police Station on Friday night, while a court in Chattogram sent them to jail yesterday, said police sources.

Meanwhile, a press release of Chattogram Metropolitan Police stated that another ship of navy -- BNS Surovi -- brought the fisherman to the naval base in Patenga on Thursday.

Utpal Barua, officer-in-charge of Patenga Police Station, said, “Shafiqul Islam, an official of BNS Surovi, handed over the Sri Lankan fishermen to us on Friday evening, and filed a case against them for entering Bangladesh maritime border and catching fish illegally.”

Sub-inspector Abu Sayed Rana of the police station is investigating the case, he said.

Md Kamruzzaman, additional deputy commissioner (prosecution) of CMP, said a metropolitan court sent them to jail after they were produced before it.