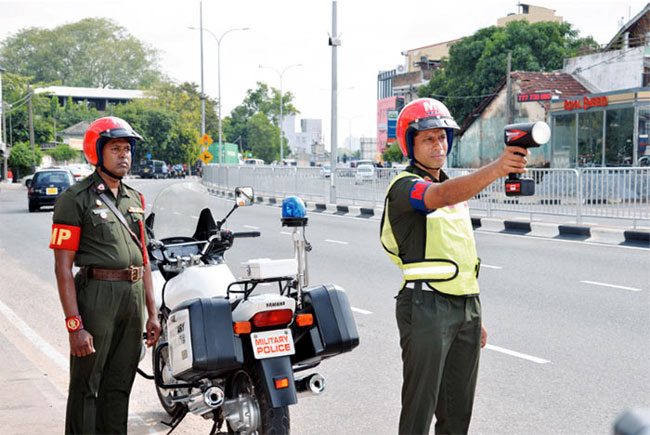 Members of the Sri Lanka Corps Military Police (SLCMP) of the Army have now been deployed in most congested entry/exit points in the Greater Colombo area under a new assignment in order to help ease the city traffic congestion in collaboration with Colombo City Traffic Division.

The project, implemented on the guidelines given by the acting Chief of Defence Staff and Commander of the Army, Lieutenant General Shavendra Silva following a conceptual notion, suggested by President Gotabaya Rajapaksa, Commander-In-Chief of the Armed Forces was launched Monday (24) morning and is expected to minimize wastage of valuable man hours on roads and help increase the national productivity through punctuality, the army said.

The deployment of Military Police personnel, covering most congested points across the city limits is expected to closely liaise with City Traffic Policemen during peak hours between 6.00 - 10.00 a.m and 4.00 - 7.00 p.m on all seven days of the week.

In addition, SLCMP mobile cars and five motorbikes would continue to monitor congestion, coordinate communication and keep surveillance during those peak hours with the objective of alerting the public and encouraging them to use alternative roads, if necessary.