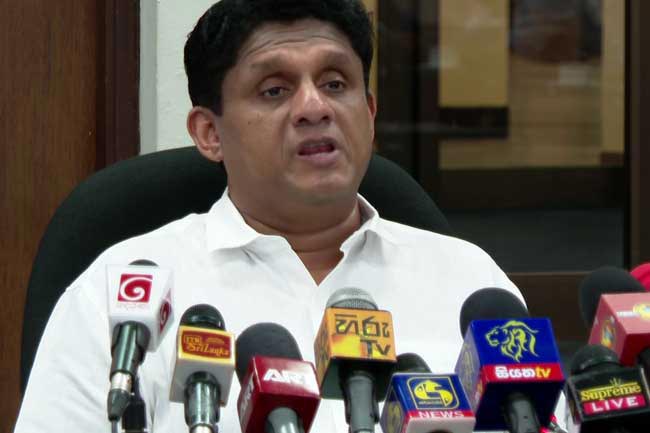 Sajith invites lost leaders of SLFP to join him

He expressed these views speaking at a press conference held at the parliamentary premises today (24).

He invites ‘marginalized and lost’ leaders of the SLFP to join the Opposition’s ‘Samagi Janabalawegaya’ for a victorious alliance.

People of the country are waiting for a new government and parliament which is free of corruption and ineffectiveness, according to Premadasa.