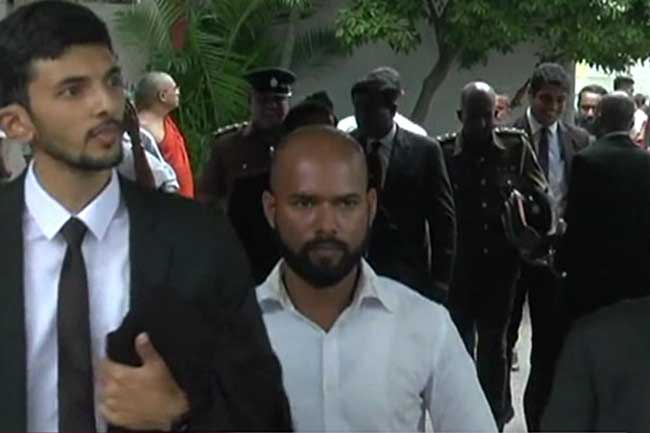 The driver of MP Patali Champika Ranawaka has admitted that he had not driven the jeep involved in the Rajagiriya hit-and-run case back in 2016, stated Ada Derana reporter.

It was revealed at the court that the driver Dilum Thusitha Kumara had issued a statement admitting to this revelation.

On January 22, the second suspect of the case, driver of MP Patali Champika Ranawaka, upon his request, gave an hour-long confidential statement to the Colombo Additional Magistrate.

Deputy Solicitor General Dileepa Peiris, on behalf of the Criminal Investigation Department (CID), stated that Dilum Thusitha Kumara had not driven the Jeep involved in the accident and that he had only been instructed to come forward as the driver to the Borella Police.

After notifying Thusitha Kumara to arrive at the Police Station, the MP had allegedly handed over the Jeep in question to Thusitha Kumara through another driver under the MP, named Alwis. Reportedly, driver Thusitha Kumara had been assured that he would be freed without delay.

Further, the statement by the driver has revealed that when Dilum Thusitha Kumara was summoned to the Colombo Crimes Division (CCD) to record a statement regarding the investigation in 2019, he had been hidden in the residence of MP Patali Champika Ranawaka.

Meanwhile, Attorney-at-Law Anuja Premaratne, appearing on behalf of MP Patali Champika Ranawaka, requested the court to grant permission for his client to travel to Australia for a private business for two weeks.

The court stated that the verdict on the request will be issued on the 4th of March.

In 2016, the vehicle in which the former Megapolis and Western Province Development Minister was traveling in had collided against a motorcycle, causing life-threatening injuries to its rider. The case was taken up for hearing at the Colombo Magistrate’s Court today (24).