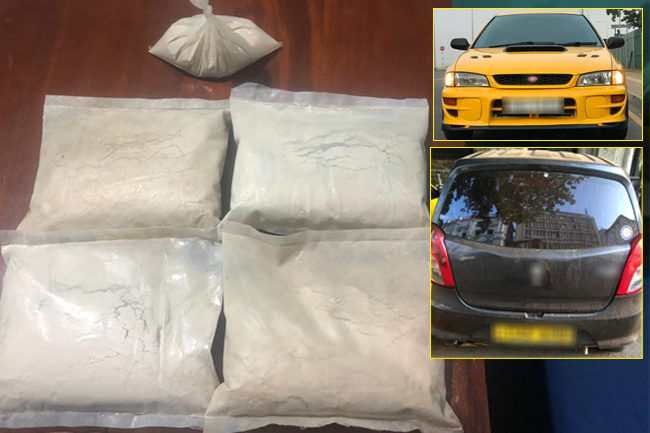 Six including Maldivians busted with 4kg of heroin

Six suspects have been arrested along with over 4 kg 290g of heroin from Dehiwala & Maharagama areas, says the Police Narcotics Bureau (PNB).

The suspects include 2 Maldivians and 4 Sri Lankans, according to reports.

Two cars have also been taken into custody along with the suspects.

The PNB says that the suspects, aged between 26 and 28 years, will be produced before the Mount Lavinia Magistrate’s Court today (25).

The PNB is conducting further investigations into the incident.