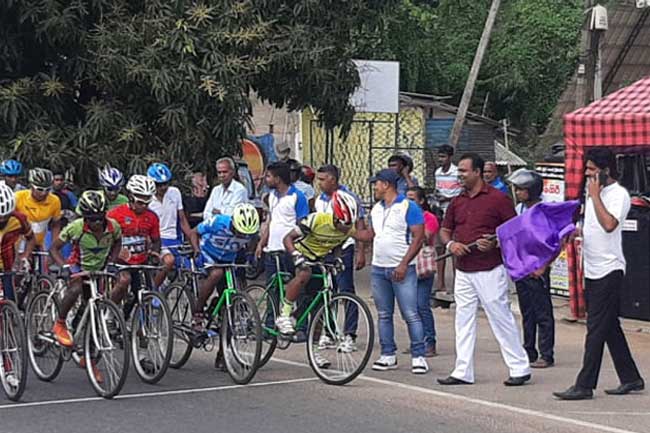 The Mayor of Dambulla and another individual have been arrested in connection with organising and participating in a bicycle race, despite a ban on such events and large gatherings due to the Covid-19 outbreak, police said.

The bicycle race had commenced in the Dambulla town yesterday (19) morning while the start of the race had been signaled by Dambulla Mayor Jaliya Opatha.

DIG Ajith Rohana told reporters yesterday that the relevant incident will be investigated after it was reported by media and on social media.

Accordingly the Mayor of Dambulla and one of the organisers of the event were arrested today by Dambulla Police. They were produced at court after recording their statements.

The Dambulla District Magistrates Court ordered the suspects released on bail. Accordingly they were released on two personal bonds of Rs 1 million each.