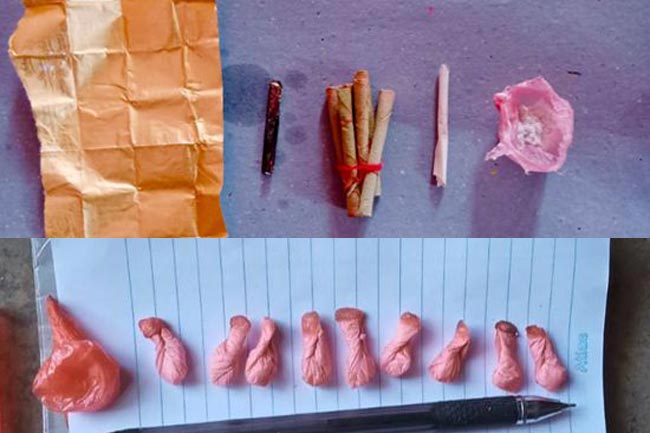 Two people have been apprehended at Mannar and Palaviya areas by the Sri Lanka Navy over the possession of crystal methamphetamine (crystal meth/ Ice), yesterday (31).

During a coordinated search conducted by the naval personnel attached to the North Central Naval Command and Pesalai Police, a 40-year-old man was arrested t Periyakasal in Pesalai, Mannar.

The suspect was taken into custody as 810 mg of crystal Ice had been found in his possession, stated Sri Lanka Navy.

Meanwhile, a 23-year-old male was arrested with 2 g and 310 mg of Ice at the Karamba area in Palaviya.

The arrest had been made during a search operation in the area by the naval personnel attached to the Northwestern Naval Command.

Further investigations into the incidents have been launched by the Police.