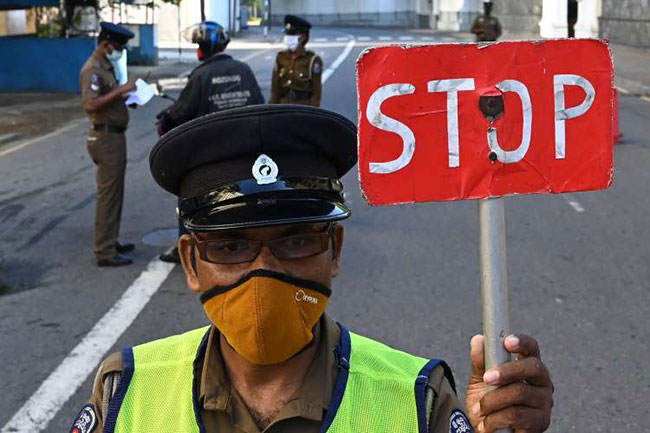 Over 10,000 arrested for violating curfew in Sri Lanka

Sri Lanka Police says that 10,039 individuals have been arrested from across the island so far for violating the curfew currently in effect.

In addition to this, police have also taken into custody a total of 2,489 vehicles.

Police had arrested 305 persons within the 6 hours between 12 noon and 6.00 p.m. today (02) while 77 vehicles were taken into custody during that time period.

They will be immediately arrested, even without a warrant, and that police bail will not be granted for them, police said.

The government imposed an island-wide curfew with the intention of minimizing public movement in order to contain the spread of the coronavirus (Covid-19) outbreak in the country.