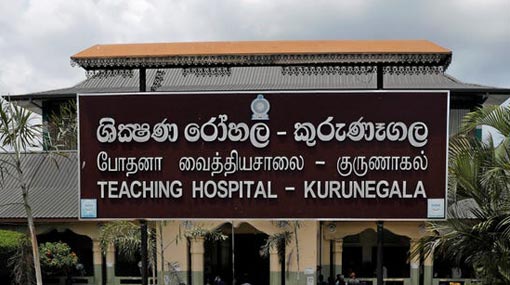 A suspect who was arrested by the Pannala Police has been admitted to Kurunegala Teaching Hospital due to coronavirus symptoms.

The suspect arrested over the possession of heroin had been produced at the Kurunegala magistrate’s Court yesterday (04).

However, as the suspect suffered from high fever and showed COVID-19 symptoms, the magistrate had ordered for him to be admitted to the Kurunegala Hospital through Public Health Inspectors (PHI).

The suspect had revealed to the PHIs that he had consumed alcohol with a person who had arrived from Italy.