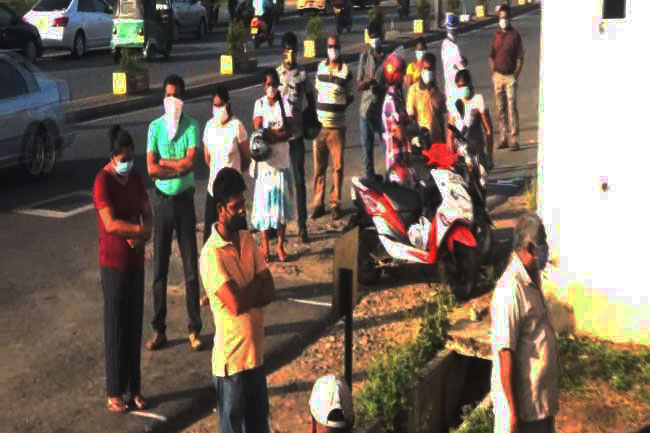 The curfew in 19 districts was temporarily lifted at 6.00 a.m. this morning allowing the general public in those districts to visit shops, banks, pharmacies and other institutions while following the guidelines issued by health authorities.

Ada Derana reporters state that in most areas people have been observed adhering to the guidelines and maintaining social distancing while also wearing face masks.

The curfew imposed in the districts of Colombo, Gampaha, Kalutara, Puttalam, Kandy and Jaffna which have been identified as High Risk Zones is to continue until further notice.

In all other districts, the curfew was lifted at 6.00am today (6) and will be re-imposed at 2.00 pm later today. The re-imposed curfew will continue until further notice.

Since the sole purpose of these measures is to ensure the well-being of the people of this country in this critical situation, the Government requests the public to strictly adhere to the guidelines in a responsible manner.

The villages which have been declared isolated areas in the districts of Colombo,  Kalutara and Kandy will remain in the same category  and no one will be allowed to enter or leave from these  areas until further notice.