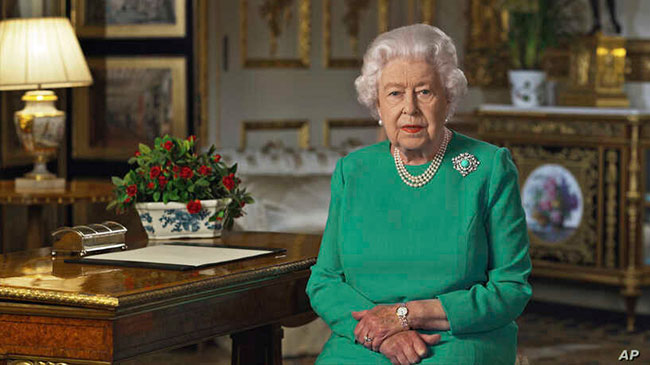 Britain was thrown into a mixed state of shock and calmness on Sunday, as Prime Minister Boris Johnson was hospitalised for persistent Covid-19 symptoms just an hour after Queen Elizabeth gave her fifth special address in her 68-year reign.

Johnson, who was tested positive for the coronavirus 10 days ago, remained in charge of the government despite news that he would stay in a public hospital in London overnight.

“This is a precautionary step, as the prime minister continues to have persistent symptoms of coronavirus 10 days after testing positive for the virus,” a spokeswoman for No 10 Downing Street said in a statement.

It was considered sensible for doctors to see Johnson in person given he has ongoing symptoms, the spokeswoman added.

Johnson remained in charge of the government, she said, and is in contact with ministerial colleagues and officials.

Should the prime minister be incapacitated, the next in line would be the foreign minister, Dominic Raab, according to media reports.

Johnson, 55, announced he had mild symptoms of Covid-19 on March 27 and had been in self-isolation at his residence for seven days.

He was the first head of a European government to confirm a novel coronavirus infection.

He had been expected to re-emerge on Friday after a week of recovery and working remotely, but said he would remain at home because he still had a high temperature – one of the symptoms.

Johnson’s admission to hospital was not an emergency, the spokeswoman said, and was considered sensible because of his ongoing symptoms.

Health Secretary Matt Hancock returned to work on Friday after a week at home following his positive test for Covid-19. The chief medical officer, Chris Whitty, has also displayed symptoms.

News of the prime minister’s admission to hospital seemed well-timed to come about an hour after the address by the queen, who told the British people they would overcome the coronavirus outbreak if they stayed resolute in the face of lockdown and self-isolation.

She invoked the spirit of World War II in a rare broadcast to the nation – only the fifth time outside her annual Christmas messages.

“We will meet again,” she pointedly said in a direct reference to the most famous British song from the war years of the 1940s, when she was a teenager. “Better days will return.”

“Together we are tackling this disease, and I want to reassure you that if we remain united and resolute, then we will overcome it,” the 93-year-old monarch said in the address from her Windsor Castle home where she is staying with her husband Prince Philip, 98.

“While we have faced challenges before, this one is different. This time we join with all nations across the globe in a common endeavour, using the great advances of science and our instinctive compassion to heal. We will succeed – and that success will belong to every one of us.”

The queen said the situation reminded her of her first ever broadcast in 1940, when she and her late sister Margaret spoke from Windsor to children who had been evacuated from their homes to escape bombing raids by Nazi German aircraft.

“Today, once again, many will feel a painful sense of separation from their loved ones. But now, as then, we know, deep down, that it is the right thing to do,” she said.

Putting the current situation in a long-term context, the British monarch said: “Those who come after us will say the Britons of this generation were as strong as any. That the attributes of self-discipline, of quiet good-humoured resolve and of fellow-feeling still characterise this country.”

The broadcast came hours after officials said the death toll in Britain from the virus had risen by 621 in the last 24 hours to 4,934 with high fatalities still expected in the next week.

In another development, Scotland’s chief medical officer has resigned over public outcry over her travels to her seaside holiday home in two successive weekends despite issuing advice on the Scottish public to avoid non-essential travels.

Catherine Calderwood said the justifiable focus on her behaviour risked becoming a distraction from the hugely important job that the government and the medical profession had to do.

The resignation came only hours after Scotland’s First Minister, Nicola Sturgeon, decided to keep Calderwood in her job, citing her “valuable” expertise.