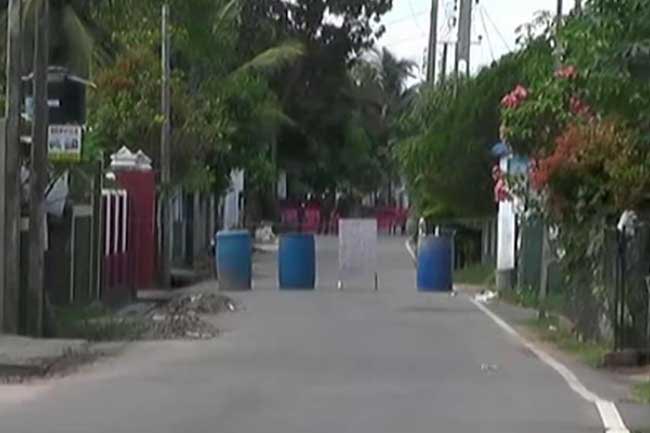 Kandasuridugama isolated as a preventive measure

In an effort to curtail the spread of COVID-19, authorities have taken measures to isolate Kandasuridugama in Akkara Panaha, Negombo as several cases of coronavirus infection were reported from the area.

On Saturday (04), a 4-years-and-5-month-old boy with chronic asthma had been admitted to the Negombo Hospital over a fever, where he was diagnosed with COVID-19. The child was then transferred to the Infectious diseases Hospital (IDH).

When Katana Public Health Inspectors (PHI) arrived in the area, it was revealed that a female resident near the child’s home was also suffered from high fever. She too was admitted to the Negombo Hospital for treatment.

Meanwhile, during a PHI visit to the child’s home this morning (06), it was discovered that an uncle of the boy, who had been living in the same house, suffered from fever.

Reportedly, the family, along with the boy, had attended many functions in several areas, in the previous weeks.

Accordingly, steps have been taken to completely isolate the village.