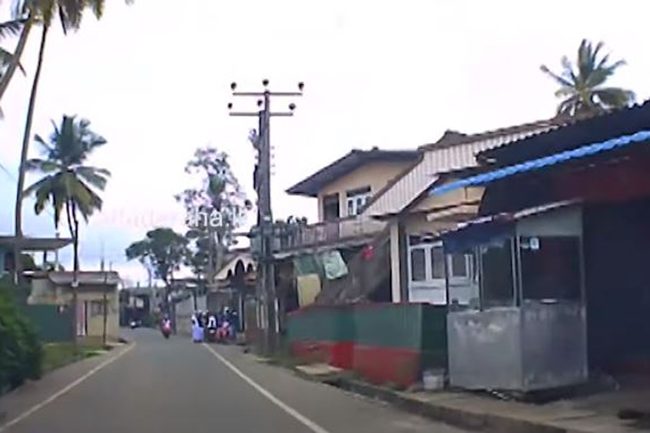 Six arrested over assault on Ada Derana reporter at Atulugama

Six persons including the main suspect who assaulted an Ada Derana journalist in Atulugama, Bandaragama have been placed under arrest, the police said.

The assault had taken place this morning (24) when the journalist in question had visited the Atulugama area for the coverage of Muslim devotees celebrating the end of the holy month of Ramadan (Eid-ul-Fitr) while adhering to social distancing guidlines.

The journalist in question, Bimal Shyaman, had initially spoken to and obtained a voice cut from the chairman of the mosque association in Atulugama, Najeed Hajjiar Mohamed Najeed.

He had then proceeded to obtain footage of one of the mosques in the area and as he was set to leave, a group of residents had blocked his vehicle and threatened him. They had also reportedly caused damages to his vehicle.

However, another group of residents had assisted the journalist to leave amidst the tense situation.

The Atulugama mosque association’s chairman also arrived at the location in order to help out the Ada Derana journalist.

Bandaragama Police had launched an investigation into the incident following a complaint lodged by the Ada Derana journalist and six arrests were made subsequently.