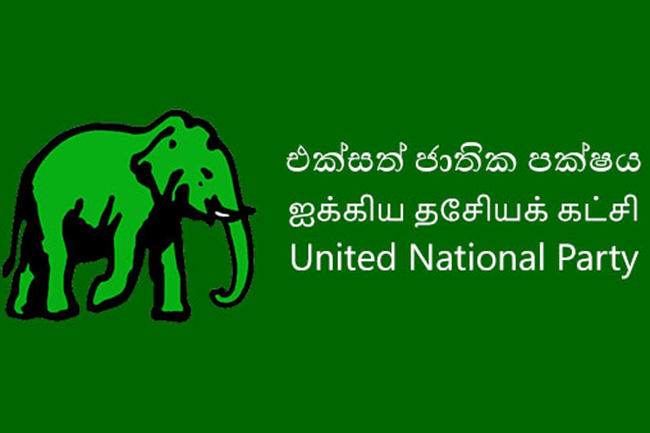 UNP to suspend membership of 99 for submitting nominations from SJB

The Working Committee of the United National Party (UNP) today unanimously approved the decision of its leadership to cancel the membership of 99 including several top-brass members, who had handed over nominations from the Samagi Jana Balawegaya.

UNP’s Working Committee meeting, chaired by its leader and former PM Ranil Wickremesinghe, was held at the party headquarters, Sirikotha premises, this morning.

Leader of the UNP Ranil Wickremesinghe, recently, informed 99 members of the party who had submitted nominations for the looming General Election from the Samagi Jana Balawegaya that their party membership will be suspended and they were given 07 days to show cause.

In a statement issued several days ago, UNP General Secretary Akila Viraj Kariyawasam had noted that the party’s constitution deems that if any member is to submit nominations from another political party, they should seek the approval of the Working Committee before proceeding with their conduct. However, none of these members had obtained prior approval in writing, he said further.

Former Opposition Leader Sajith Premadasa is among the members whose party membership is to be suspended.

In the meantime, the Working Committee of Samagi Jana Balawegaya met at the party headquarters in Ethul Kotte.

Its members insisted that the move made by the UNP to suspend their party membership is illegal and action will be sought against the UNP.