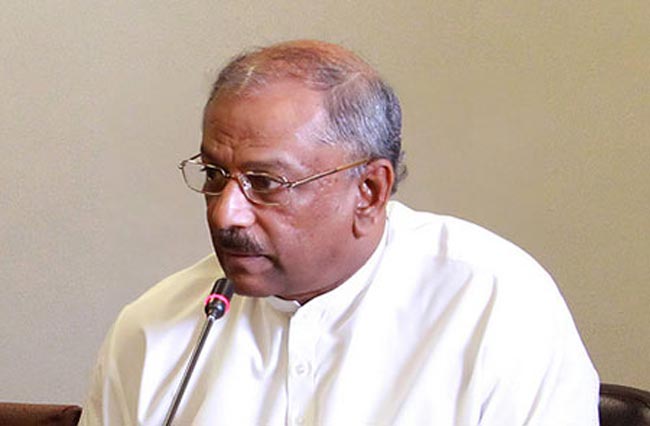 The repatriation of migrant workers from the Middle East as well as other regions will be continued reassured Foreign Relations, Skills Development, Employment and Labour Relations Minister Dinesh Gunawardena.

It will be carried out in a manner sensitive to the vulnerability of these communities, particularly those who have lost legal status and/or employment in their host countries, stated the Ministry of Foreign Relations issuing a statement.

This will be done in consultation with the COVID Task Force, in view of the considerable strain presently placed on the health sector and quarantine centres following the increased number of COVID infected persons who have recently returned from Kuwait. It was noted that it is proposed to explore the possibility of getting PCR tests done prior to boarding all flights in future.

The Minister made these observations at a meeting held this evening (29 May 2020) at the Foreign Ministry attended by Foreign Secretary Ravinatha Aryasinha, Ministry of Skills Development, Employment and Labour Relations Secretary Sarath Abeygunawardana, Chairman Sri Lankan Foreign Employment Bureau (SLBFE) Kamal Ratwatte, and relevant officials of the two ministries and the SLBFE.

Taking stock of the developments concerning those repatriated from Kuwait, it was noted that of the 466 returnees, 379 were those benefiting from the amnesty who had surrendered to the camps between 21-25 April and had been awaiting repatriation. 87 were those from Kuwaiti detention centres and prisons. Through Diplomatic Notes on 11 and 14 May 2020, prior to their eventual departure from Kuwait on two Kuwait Airways flights on 19 May, the Sri Lanka Embassy in Kuwait had requested the Ministry of Foreign Affairs of Kuwait to conduct PCR tests on those being repatriated. However the Mission was informed that this would not be possible and that no passenger with COVID symptoms would be allowed to board the aircraft. It had also been stated that PCR tests had not been done on any of the returnees from other countries leaving Kuwait.

It was pointed out that at present the greatest vulnerability was in the Maldives, but particularly in Greater Male where a red alert has been declared by the Maldivian Government, which has explicitly requested foreign governments to evacuate their citizens. Of approximately 7000 presently seeking repatriation from the Maldives, almost 2000 are in Greater Male. On 14 May, 284 were repatriated and special approval had to be secured to evacuate a few medical emergency cases from outer Male. The Foreign Ministry has consulted the Maldivian authorities, who have expressed willingness for PCR tests to be done in advance on Sri Lankans to be repatriated, provided that PCR test kits and medical personnel from Sri Lanka would be made available to conduct these tests.

At the request of the COVID Task Force, the Foreign Relations Ministry has also consulted the other capitals from where repatriation flights are planned to the Middle East and elsewhere, to ascertain the possibility of conducting PCR tests prior to taking flights. It was noted that in most, PCR testing is only available for those showing serious symptoms due to limited facilities.

The SLBFE informed the meeting that to bolster the present capacity, four SLBFE training centres have been made available to the COVID Task Force for quarantine purposes in Haliella, Tangalle, Dambulla and Polonnaruwa.

The Ministry of Foreign Affairs and the SLBFE will continue to support migrant communities abroad through the provision of dry rations and medicines, and helping with medical emergencies in their locations, while continuing to facilitate repatriation for those seeking to do so.

It was reiterated that the determination of those to be repatriated is based on vulnerability, conscious that this has changed from time to time. Starting with the initial wave of student repatriations, presently the concerned Missions strictly follow the chronological order in which the various categories - students, short term visitors and migrant workers, have registered their interest to return with the Missions.

Other than for the Maldives, where all are deemed to be equally vulnerable in Greater Male, in the 15 other stations where SLBFE officers operate, deciding who in the migrant category should be prioritized, is done by the Head of Mission/Post in consultation with the SLBFE representative attached to the respective Mission. Priority is given to those who have lost their legal status or employment.

Additionally a few exceptions with medical emergencies with documentary evidence, have been considered as special cases for repatriation. Missions have been instructed to strictly adhere to this protocol.