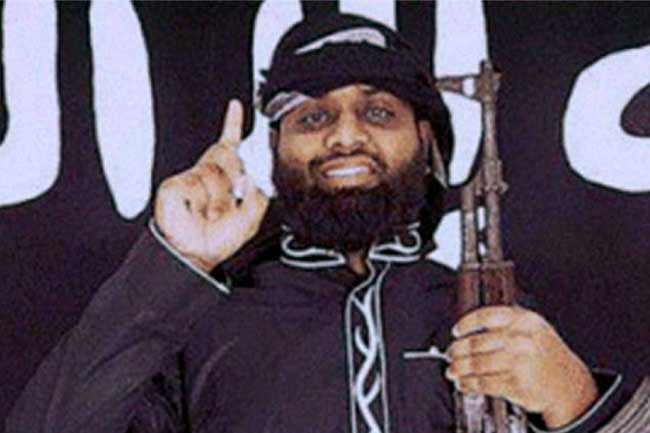 Senior Officer of the Terrorism Investigation Division (TID) revealed Zahran Hashim’s list of reasons for choosing Sri Lanka as the location of the attack, to the Presidential Commission of Inquiry probing the bombings that took place on Easter Sunday 2019.

Some of the reasons cited, in previously unreleased video footage of the bombers, was revenge for the Christchurch mosque shooting in New Zealand in March 2019 alleged insult to the Islamic faith and in the hope the attack could inspire more Sri Lankan Muslims to gather around the Islamic State (IS) banner.

The Presidential Commission inquiring the Easter Sunday attacks heard evidence yesterday (29) from a senior officer of the TID who investigated the bombing in Tropical Inn at Dehiwala.

The 3-page document had flagged Jameel Mohamed as an ISIS sympathizer and called for further investigations into his activities, with 8 investigations carried out of which relevant reports were provided to the IGP.

The Commission then questioned the witness as to the contents of the reports that were sent to the IGP who responded that the reports revealed that the suspect did not use social media and that he had also advised his colleagues to avoid using social networking sites.

Further, the reports also revealed that the suspect had met with a Sri Lankan national by the name of Nilam who later joined ISIS and lost his life as a combatant for the group in a foreign country.

The witness further stated that on April 12, 2018, the TID had recorded a statement from Jameel Mohamed, and reported the facts to the IGP.

However, the witness then revealed that the final report sent to the IGP on April 08 2019 had found no evidence that Jameel Mohamed was inclined towards extremism.

The witness then presented the commission with details of his investigations for following the attacks where after the suspect’s identification following the Tropical Inn bombing the investigating team had proceeded to the suspect’s Wellampitiya residence where a search uncovered an Apple iPad, 02 laptops, 04 DVDs and an English language book on extremism and the waging of Jihad.

During the interrogation of the suspect’s wife, she revealed that Jameel had sent her a voice message on WhatsApp on the morning of the bombing where instructed her not to contact him and told her that he had not been truthful with her and was intending to follow the path of Allah. The recording also instructed her to show the message to the Police. The witness also revealed that although the message had been deleted, officers were able to recover it later on.

When the recording was played to the Commission the attention was drawn to the voices of several children in the background. Accordingly, the Commission Chairman instructed the Government Analyst to test the background voices against the voice samples of Zahran Hashim’s daughter and Jameel Mohamed’s children as well.

The witness also revealed that the digital video recorder of the CCTV system taken into custody from the Wellampitiya residence had shown the suspect leaving the location but footage pertaining to the 19th to 21st of April 2019 had been accidentally deleted by a foreign investigator assisting the investigations at the time.

When asked if any other evidence was collected during the investigations, the witness replied that he had also received a pen drive, a hard drive and a memory card from the Akkaraipattu Police Station, containing several videos filmed by the bombers prior to the attack.

The Commission then inquired from the witness whether that any evidence were found to determine their choice of Easter Sunday as the day of the attacks to which he responded in the affirmative and revealed that the evidence contained four main reasons for the attack and an additional 10 reasons for carrying out the attack in Sri Lanka compiled by Zahran Hashim.

The four reasons for the attack were claimed as:

In addition, the other reasons for carrying out the attack in Sri Lanka are:

In addition, several other facts outlined by Zahran were also revealed in the videos. This included the belief that the sacrificing of their lives for the cause offered a direct path to paradise, could inspire more Muslims in Sri Lanka to follow the IS.

Zahran also stated that the flesh and blood that spilled through the attacks will be the seeds of the Islamic Caliphate in the country and that the attacks must be carried out targeting their opponents in India as well.

Zahran also stated that the attack is to be carried out in defense of the Muslim people and as a tribute to Allah.

Zahran also warned that Sri Lanka’s Muslims will be denied paradise for their lack of adequate sacrifices when fasting and visiting Mecca.