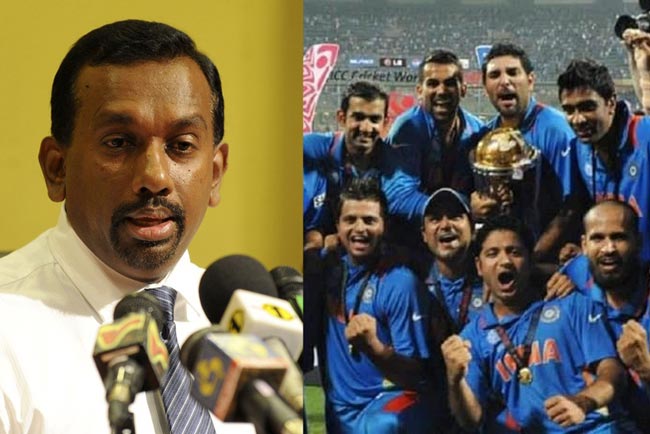 Mahindananda Aluthgamage refused to provide any evidence and reveal the names of cricketers involved in the wrongful act. Kumar Sangakkara, who served as the captain during the clash and Mahela Jayawardene, who scored a classy century, reacted by calling his comments “Circus”. Former chief selector Arvinda de Silva also called for ICC and BCCI to look into the matter seriously.

Mahindananda Aluthgamage was firm in his statement when he said certain groups had involvement in fixing the high-profile encounter. He stated that last-minute changes took place in the playing eleven without him, who served as the Minister back then or the Sri Lanka Cricket Board. Without their consent, four new players made it to the outfit.

“I would not involve the cricketers in this. However, certain groups were definitely involved in fixing the game. The team who played the final match was not the team we had selected, finalized and sent off. At the last moment, without the consultation of either me as the then minister of Sports or officials of the Sri Lanka Cricket Control Board, four new players had been included to the team.”

ICC willing to look into the matter:

An official of the apex cricketing body stated that their authorities would talk to the former Sports Minister to see if there are matters worthy of investigation. The statement by him has managed to hog plenty of limelight of late.

“We look forward to talking to him to see if there are any matters worthy of investigation,” the representative of the world cricketing body stated.