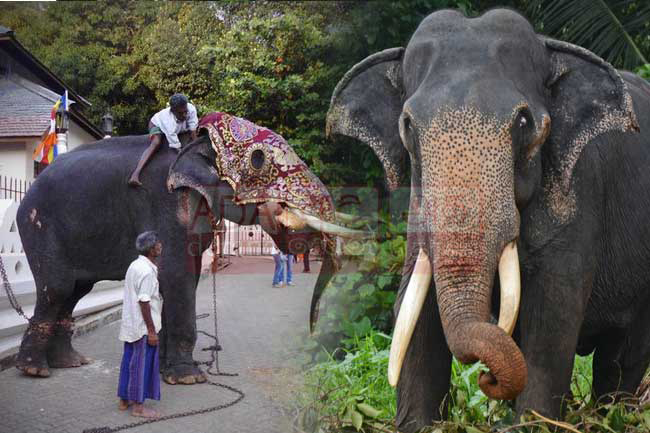 ‘Millangoda Podi Raja’, the tusker who carried the casket of the Sacred Tooth Relic in the Kandy Esala Perahera several times, has passed away.

Mr. S.R.S. Millangoda had purchased this tusker when it was 4 years of age, from a public auction at Dehiwala Zoological Garden.

The tusker was named ‘Jayanthi’ as its owner had made the purchase in the Sambuddha Jayanthi year of 1956. However, ‘Jayanthi’ was widely known as ‘Millangoda Podi Raja’.

The tusker has taken part in multiple processions of Buddhist temples across the island. Since 2016, it has carried the sacred relics at the Esala Perahera of Dalada Maligawa in Kandy for several years.

‘Millangoda Podi Raja’ carried the Sacred Tooth Relic casket for the first time in 2017, parading the Randoli Perahera of the historic Esala festival.