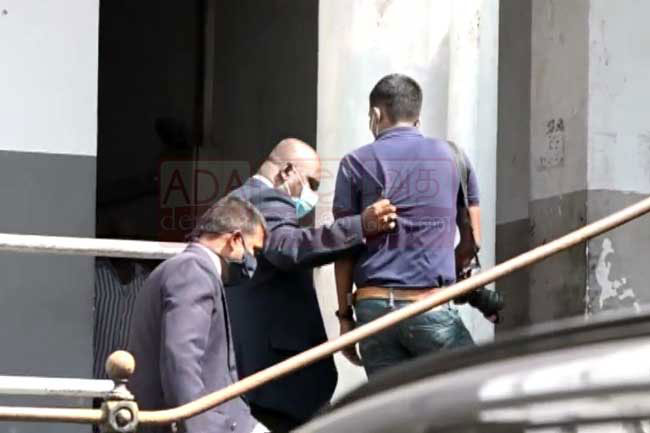 A photojournalist has filed a complaint with police accusing the former OIC of the Police Narcotics Bureau (PNB) Inspector of Police Neomal Rangajeewa of manhandling him at the premises of the Colombo High Court.

Akila Jayawardena, a photojournalist of a local newspaper, has made the complaint with the Police Post at the Colombo High Court.

The photojournalist says that he had been at the court premises today in order to cover the proceeding of an ongoing court case.

He says that he was taking photographs when IP Neomal Rangajeewa had suddenly grabbed and dragged him to the court’s police post by force and attempted to assault him.

The complaint also states that IP Rangajeewa had proceeded to take away two memory chips of his camera.

A special police team has commenced investigations into the incident.