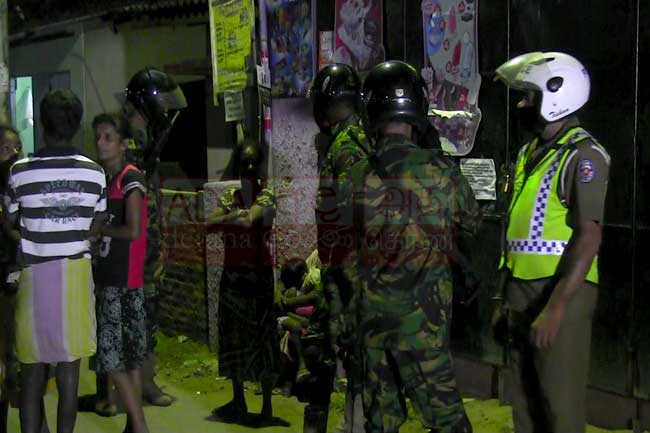 A 39-year-old three-wheeler driver has been shot dead by police during an altercation at a road block in Lunawa, Moratuwa.

Police said that a mobile road block had been set up at Lunawa and a group of police officers had been engaged in the inspection of passing vehicles.

The individual in question who was driving a three-wheeler was also stopped at the road block and as the police officers had attempted to search his vehicle he had obstructed them and behaved in an unruly manner.

He had allegedly argued and attempted to assault a police constable who was checking his three-wheeler while he had also hurled stones at the direction of the policemen.

The police officers had opened fire in response injuring the three-wheeler driver who had later succumbed to injuries while being rushed to the Kalubowila Hospital.

The dceased is a 39-year-old resident of Lunawa in Moratuwa.