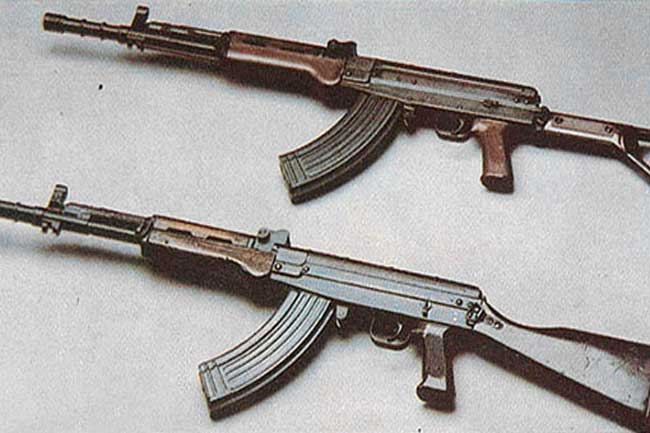 The Criminal Investigations Department (CID) has arrested a police constable driver along with two T-56 assault rifles, believed to be from the underworld arms haul recently found in Pitipana.

The Police Spokesman SSP Jaliya Senaratne said that a Police Constable Driver (PCD) attached to the police transport division, who is a resident of Pitipana North in Homagama, was arrested by a team of CID officers last night (10).

He was arrested along with two T-56 assault rifles while further investigations are being carried out to determine as to whether these weapons had been used by any terrorist or organized criminal gang.

Meanwhile information has also been uncovered that the two rifles taken into custody are somehow connected to the massive underworld weapons haul busted by the STF in Pitipana on June 29.

The arrested suspect is currently detained at the CID and interrogated while he is to be produced before the Homagama Magistrate.