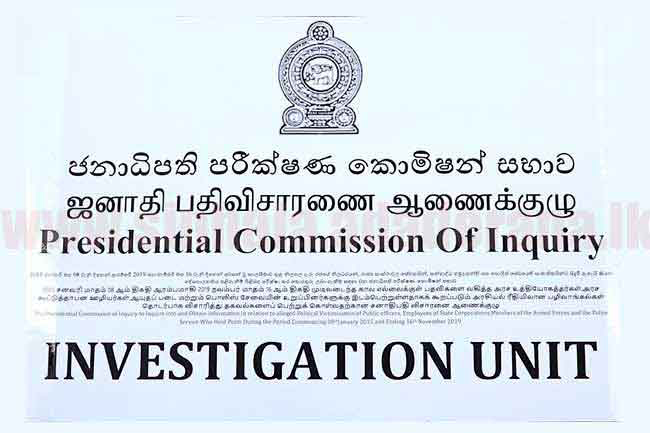 The Presidential Commission of Inquiry (PCoI) probing the incidents of political victimization from 2015 to 2019 has apprised the media to refrain from obtaining statements from witnesses who leave the premises after testifying before the panel.

Chairman of the Election Commission Mahinda Deshapriya, directing a letter to the Presidential Commission on political victimization recently, drew its attention to preventing the media from obtaining voice cuts from the witnesses.

He had pointed out that such statements made in the run-up to the election could be detrimental to the parliamentary election candidates.

Heeding the request of the elections chief, the chairman of the PCoI on political victimization stated that the media will only be allowed to publicize the testimonies recorded by the witnesses during the hearings.

The media personnel has accordingly been instructed not to obtain voice cuts from the witnesses outside of the PCoI premises.

The Election Commission’s chairman has also been informed of the said decision, according to reports.