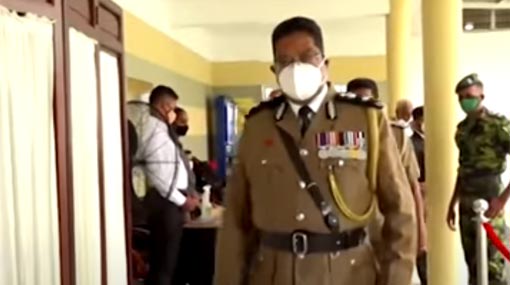 Former Director of State Intelligence Service (SIS) Nilantha Jayawardena revealed at the Presidential Commission of Inquiry probing 2019 Easter Sunday terror attacks that Mawlawi Naufer, who is currently under arrest, had served as the theoretician of the banned-terror group National Thowheed Jamaath (NTJ).

Giving evidence at the Presidential Commission of Inquiry yesterday (28), Jayawardena said that Mawlawi Naufer, who had lived in Qatar for 19 years, had played a role at NTJ similar to the role played by Anton Balasingham in the LTTE.

According to the former SIS chief, a conflict had arisen among the terrorists on April 13, 2019, at the Enderamulla safe houe, with regard to the organization’s leadership.

However, Mawlawi Naufer was arrested by authorities at a Dambulla hotel following the attacks, on April 22.

Speaking on the SIS investigations carried out on Zahran Hashim, Jayawardena revealed that despite there being information that Hashim had fled the country following the 2017 Aliyar conflict, he had in fact been hiding at his wife’s home in Kekunagolla, Narammala.

With the revelation that persons involved in the case of Mawanella Buddha statue vandalism had kept close contacts with Hashim, Jayawardena said that, 6 months prior to the attacks he had informed the then-National Intelligence Chief Sisira Mendis that Zahran Hashim had been urging his followers to launch an attack in Sri Lanka similar to the attacks carried out in other parts of the world that the IS have claimed responsibility for.