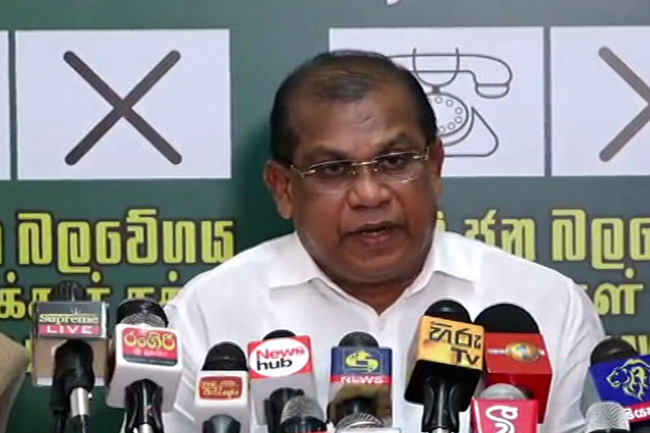 SJB to seek legal action against UNP once again

Samagi Jana Balawegaya (SJB) General Secretary Ranjith Madduma Bandara says that they will initiate legal action against the suspension of the United National Party (UNP) membership of 60 local councilors who supported the SJB.

Speaking during a press briefing today (30), he said that local council members elected by the people cannot be removed without a disciplinary inquiry.

He added that they safeguard all the local council members ousted from the UNP and that they have already made the necessary arraignments to take the matter to the courts.

The full list of names of the 53 candidates of the SJB and 60 local government members, who were sacked from the UNP based on a decision taken by the party’s Working Committee, was released to the media today.

According to the said list, the UNP has suspended the party membership of a number of former MPs who had previously been elected to Parliament from the UNP. These include the likes of Ajith P. Perara, Ranjan Ramanayake, Field Marshal Sarath Fonseka, Thushara Indunil, Nalin Bandara and Ashoka Abeysinghe.

However, the list does not mention the names of SJB leader Sajith Premadasa and General Secretary Ranjith Madduma Bandara.

Meanwhile former MP and UNP Assistant Leader Ravi Karunanayake says that several more groups of UNP members who left the party top join the SJB will be sacked from the party under several phases.

He said another batch is expected to be expelled from the party nest Monday.