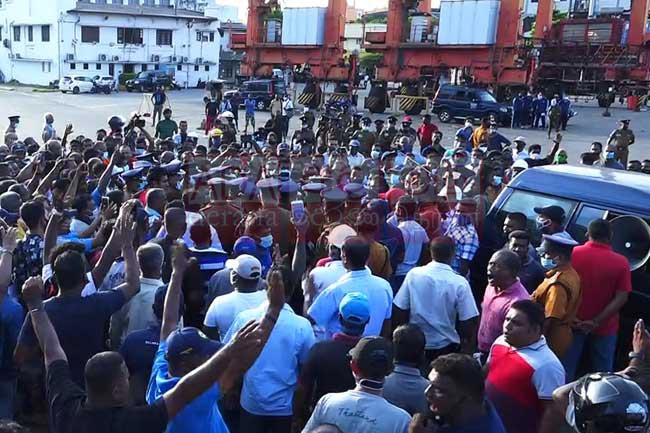 Trade unions of the Colombo Port, who launched a strike action on the 2nd of July, later called off their strike action following a meeting held with Prime Minister Mahinda Rajapaksa.

During this discussion, held on July 03, a decision was taken to unload the 03 gantry cranes brought down from China, at the Eastern Terminal of the Colombo Port.

However, 23 trade unions of the Colombo Port resorted to a Satyagraha on the 29th of July, demanding a written affirmation stating that the East Container Terminal (ECT) is still under the purview of SLPA.

They subsequently withdrew from all duties with effect from Friday (31), bringing operations at the port to a standstill.