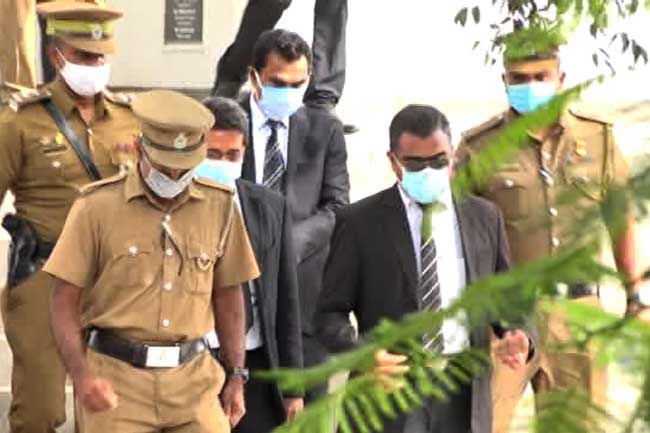 Interdicted Superintendent (SP) of the Negombo Prison Anuruddha Sampayo who is currently under remand custody is to be produced before Negombo Magistrate’s Court today (04).

He was remanded until today when he was brought before the Negombo Unofficial Magistrate K. G. Karunajeewa yesterday (03).

Sampayo, who was evading arrest after being issued warrants, was arrested on August 02, in Kurunegala, before being transferred to the CID in Colombo.

The lawyer who appeared on behalf of the suspect informed the court that his client had surrendered to the Negombo HQI and not been arrested in Kurunegala.

He added that his client surrendered to the police on the requests of certain parties asking him to surrender without inconveniencing the government.

However, Deputy Solicitor General speaking on behalf of the government stated that there is no evidence to say that he surrendered as the Negombo Police HQI had made an entry that the suspect in question was arrested.

Reportedly, the interdicted Superintendent was arrested near St. Anne’s College in Kurunegala at around 3.35 am on Sunday (August 02).