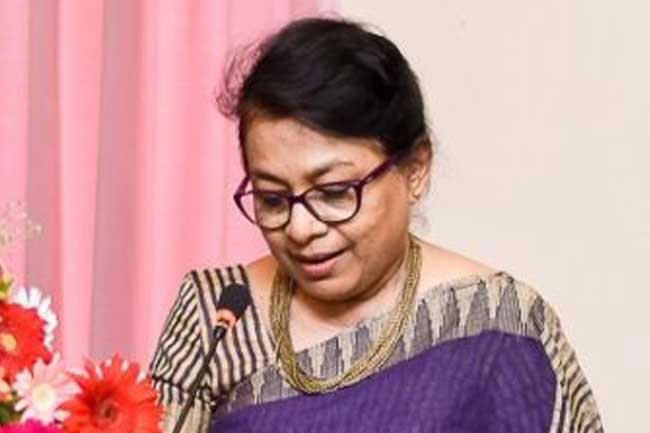 Chairperson of the Human Rights Commission of Sri Lanka (HRCSL) Dr. Deepika Udagama tendered her resignation from the post.

She has informed the decision to final Constitutional Council meeting of the Eighth Parliament yesterday (03).

Accordingly, she will be withdrawing from her duties as the Chairman of HRCSL from September 01.

The Constitutional Council appreciated the role played by her in elevating the status of the commission.

Chairman Karu Jayasuriya informed the Constitutional Council that the Human Rights Commission is rated as one of the best in the world and that he would like to convey the appreciation to the Chairman and the members of the commission for the exceptional achievement.

The Constitutional Council met for the last time today under the chairmanship of Karu Jayasuriya held at the Speaker’s official residence last afternoon.

Prime Minister Mahinda Rajapaksa, along with former members of Parliament Mahinda Samarasinghe and Bimal Ratnayake were present at the meeting.

Civil society representatives Javed Yousuf and Naganathan Selvakumaran, Secretary-General of the Constitutional Council and Secretary-General to the Parliament Dhammika Dassanayake were also present at this meeting.