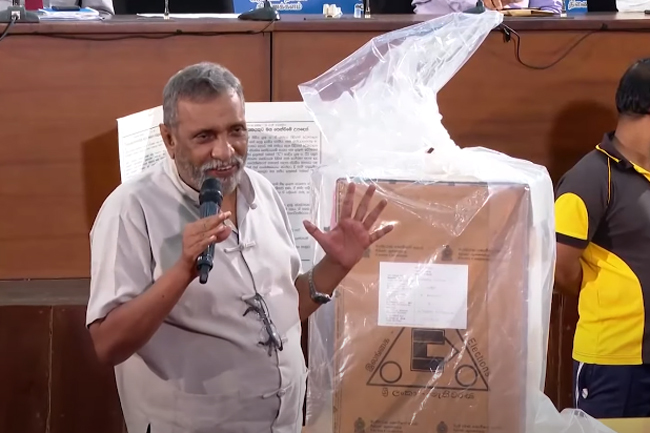 There is absolutely no chance for anyone to commit any fraudulent acts during the election period, says the Chairman of the Election Commission Mahinda Deshapriya.

The voting at the relevant polling station will be annulled if there are reports of such incidents, Deshapriya continued, adding that “We have told the police officers that they were not provided with firearms to ‘brush teeth’”.

In the meantime, the Election Commission has introduced special telephone numbers and fax numbers for each province to report incidents of obstruction of free and fair conduct of the Parliamentary Election tomorrow (05) and the election law violations.