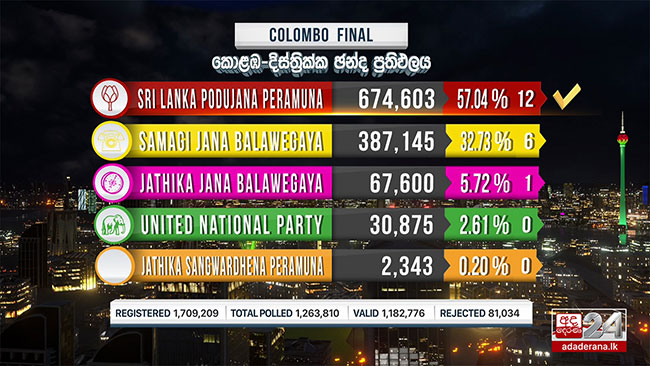 The final result of the Colombo District has been released and the Sri Lanka Podujana Peramuna (SLPP) has secured an unprecedented victory in the district, which had hitherto been a UNP stronghold.

The United National Party (UNP) led by former Prime Minister Ranil Wickremesinghe, who contested from the district, only managed 30,875 votes (2.61%).

Therefore the UNP has failed to secure a single seat in Colombo District, a first for the party.