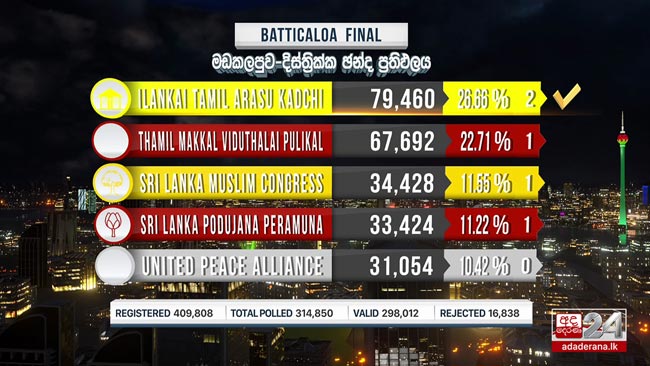 The final results of the Batticaloa Electoral District have been released by the Election Commission.

Illankai Tamil Arasu Kachchi (ITAK) has managed to secure a victory in the district after polling 79,460 votes (26.66%). The ITAK has won 02 seats in the district.

Thamil Makkal Viduthalai Pulikal (TMVP) obtained the second highest number of votes in the district with 67,692 votes (22.71%) and secured one seat.