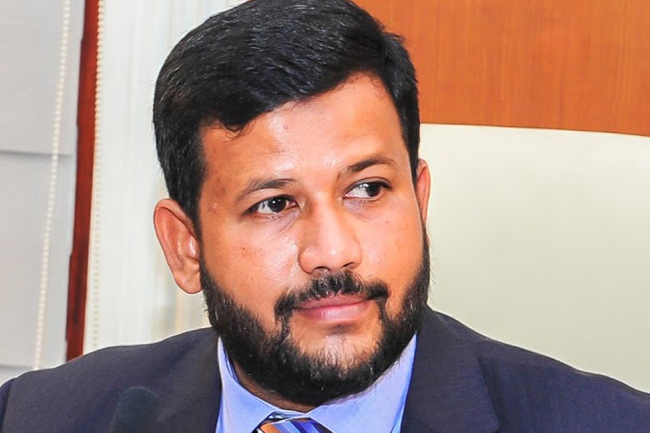 The petition was taken up before the Supreme Court’s three-judge bench consisting of Justices Buwaneka Aluwihare and L.T.B. Dehideniya and S. Thurairajah today (07).

Raising objections, Deputy Solicitor General Nerin Pulle said the interim orders as sought by the petitioner cannot be issued by the court as the investigations into the Easter Sunday terror attacks is a complex procedure.

The judge bench accordingly ruled that there is no sufficient legal basis to proceed with the hearing of the petition.

The leader of the All Ceylon Makkal Congress (ACMC) had filed the relevant FR petition before the Supreme Court on the 17th of July.

The former minister had stressed that at no point in time had he involved in last year’s bombing incident which killed at least 250 and injured several hundred.

He sought the Supreme Court to issue an order stating that arresting him over alleged terrorist activities is a violation of his fundamental rights and a compensation of Rs. 50 million from the respondents.

In addition, he requested the highest judicial court to issue an interim order preventing the CID from arresting him until the hearing of the FR petition is concluded.