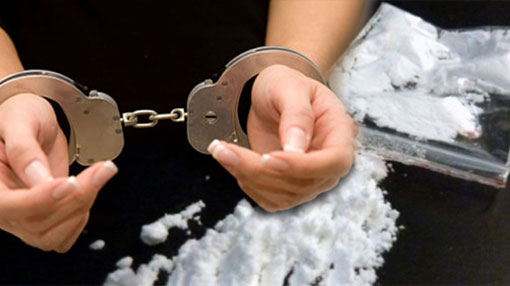 A woman has been arrested at the Ruhunukala Mawatha in Borella over the possession of narcotic drugs.

The arrest has been made by the officers of the Borella Police Station based on a tip-off received by them.

Accordingly, 08 grams and 450 milligrams of heroin have been found on the suspect.

Reportedly, the arrested is 52 year old female from Borella.

Meanwhile, another female has been arrested in Ratmalana also over the possession of heroin.

The 55 year old resident of Ratmalana has been arrested with 02 grams and 100 milligrams in her possession.

Both suspects will be produced before a court today (09).