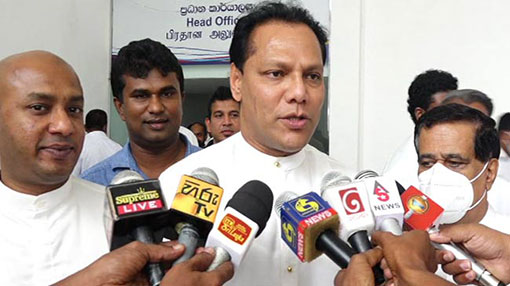 The support of all Sri Lanka Freedom Party (SLFP) members who were elected to the parliament via General Election will be for President Gotabaya Rajapaksa, said SLFP General Secretary Dayasiri Jayasekara.

A meeting of SLFP representatives who won at the parliamentary polls was held today (09) at the party headquarters in Colombo under the patronage of party chairman Maithripala Sirisena.

Speaking to the media Dayasiri Jayasekara stated that his party will extend its 100 percent support to the President and the Prime Minister in any future proceedings in the Parliament.