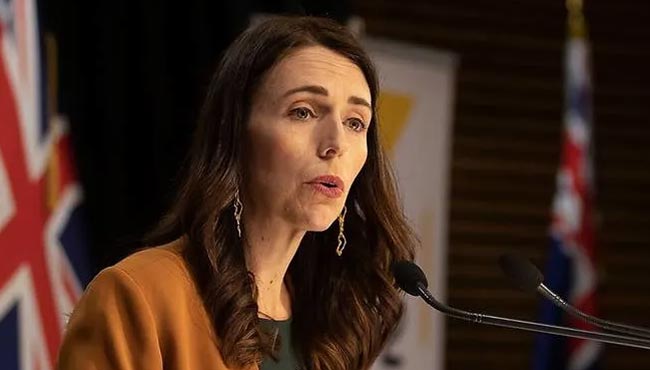 New Zealand on Tuesday (Aug 11) confirmed new community cases of COVID-19 after going for 102 days without any domestic transmission.

Prime Minister Jacinda Ardern said four people from one family in South Auckland had been confirmed to have contracted the coronavirus. Director General of Health Ashley Bloomfield said one person is in their 50s. They had no history of international travel, and family members have been tested and contact tracing is under way.

Ardern announced that Auckland will move to alert level 3 restrictions from noon on Wednesday for three days.

“After 102 days, we have our first cases of COVID-19 outside of managed isolation or quarantine facilities ... While we have all worked incredibly hard to prevent this scenario, we have also planned and prepared for it,” she said.

The rest of the country was also be moved to alert level 2 restriction from Wednesday, the prime minister said.

Bloomfield said the unknown nature of the new cases meant it was likely there could be more positive cases in the coming days.

He said people should use masks in places where it was hard to physically distance.

“The case is a wake up call for any complacency that may have set in,” Bloomfield said.

Ardern said at a news conference that the source of the new cases has not been determined, and that there is no immediate link to a managed isolation facility or to any high-risk individual.

“Therefore we need to take a much more precautionary approach until we can find a source of this case and make sure we reduce the risk of wider spread,” she said.

“One of the most important lessons we have learned from overseas is the need to go hard and go early and stamp out flare-ups to avoid the risk of wider outbreak.”

Schools and pre-schools in Auckland will close to all students apart from those whose parents are essential workers.

Public facilities, bars, restaurants and other businesses must also close, and residents must stay home as much as possible.

News of the cases sent people rushing to supermarkets to stock up, and businesses preparing to shut, local media reported.

Auckland Mayor Phil Goff said: “I am urging Aucklanders to come together like we did last time to stamp out community transmission. Please remain calm, please do not panic buy and please follow the lockdown rules.”

Ardern said travel into Auckland, on the North Island, would be restricted unless people lived there.

New Zealand is set to vote in a national election on Sep 19, in which Ardern is believed to win comfortably, according to opinion polls, on the back of her handling of the pandemic.

But the return of the virus could backfire on the government.

Ardern said she has not given any consideration to the impact of the new restrictions on the polls at this stage.

“This will come as a shock to all New Zealanders who believed what we had been told – that we had got on top of this virus,” the main opposition National Party leader Judith Collins said in a statement.

Parliament is scheduled to be dissolved on Wednesday to make way for the election.