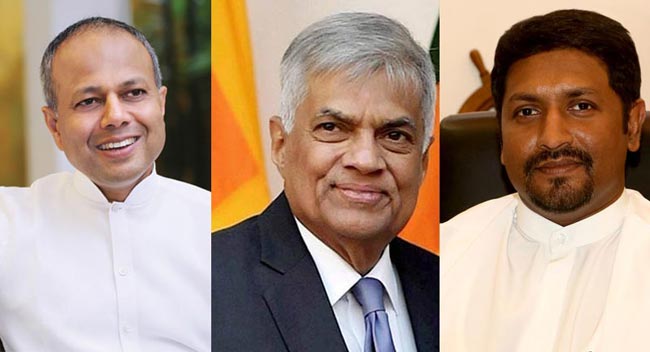 Former Prime Minister Ranil Wickremesinghe and former Minister of Defense Ruwan Wijewardene have been summoned to appear before the Police Unit of the Presidential Commission of Inquiry next week to record statements regarding the Easter Sunday terrorist attack.

Wickremesinghe has been summoned to appear before the Presidential Commission of Inquiry on the 21st of August.

Meanwhile, it is reported that former Minister of Law and Order Sagala Ratnayake has also been requested to appear before the Investigation Unit on the same day as Wickremesinghe.

Former Minister of Defense Ruwan Wijewardene is to appear before the Investigation Unit on August 18.

Meanwhile, Nilantha Jayawardena, the former Director of the State Intelligence Service, who was the first to receive intelligence on the Easter attack, testified before the Presidential Commission today (11); however, his hearing was not opened to the media.