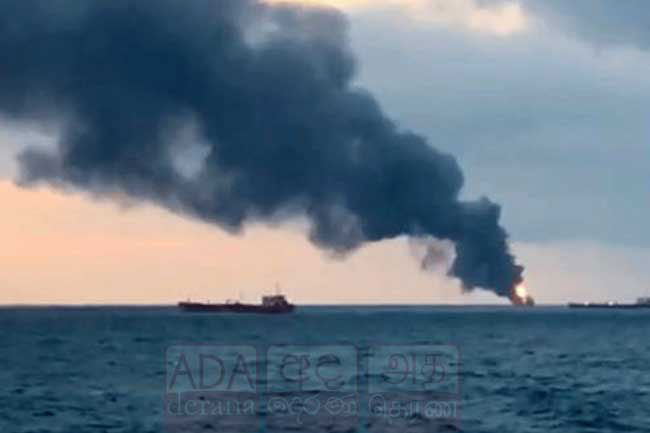 A sudden fire has broken out in a crude oil tanker 38 nautical miles off the Sangaman Kanda coast, in Ampara, stated of the Sri Lanka Navy.

The fire has occurred in the engine room of the Panama-registered ship ‘MT New Diamond’, according to the Navy Media Spokesperson.

However, the fire has not spread to the area where the main oil storage tanks are situated.

Reportedly, the vessel is occupied by a crew of 23 individuals.

Meanwhile, measures will be taken to ensure that any possible oil leak from the tanker carrying 270,000 MT of crude oil will be prevented, stated the Marine Protection Authority.

Spokesperson of Sri Lanka Air Force stated that a beach-craft type aircraft has been deployed to assess the situation.