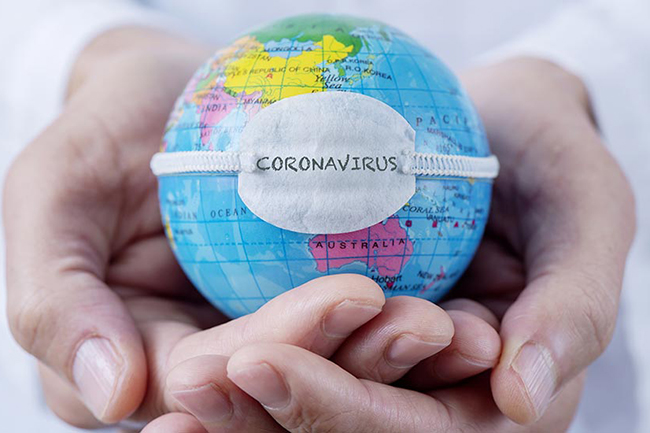 The disease originated in China’s Wuhan, and has spread around the world prompting a race for a vaccine by almost all major pharmaceutical companies.

New Zealand’s economy posted a record fall in the June quarter, according to official data that also confirmed a COVID-19-induced recession as Prime Minister Jacinda Ardern heads into next month’s general election.

“The 12.2-percent fall in quarterly GDP is by far the largest on record in New Zealand,” Statistics New Zealand said.

Mainland China reported nine new cases as of September 16, down from 12 reported a day earlier, the country’s national health authority said on Thursday.

The National Health Commission said in a statement all new cases were imported infections involving travellers from overseas.

The number of new asymptomatic patients also fell to 14 from 16 a day earlier, though China does not count these patients as confirmed cases.

Total of confirmed cases in mainland China now stands at 85,223, while the death toll remained unchanged at 4,634

Australia’s Victoria state said the daily rise in infections eased further as the state began relaxing most restrictions outside its largest city of Melbourne after a steady drop in cases in recent days.

Average cases in Melbourne, which is on an extended hard lockdown until September 28, was below 50 on Wednesday, the benchmark the state has set to start easing curbs.

President Donald Trump is contradicting the director of the Centers for Disease Control and Prevention on the potential availability of a coronavirus vaccine to the general public and on mask wearing.

Trump said that a vaccine will be available as early as October and in mass distribution soon afterward, much sooner than was projected in congressional testimony earlier in the day by Dr. Robert Redfield.

Trump says Redfield “made a mistake” when he told lawmakers that any vaccine available in November or December would be in “very limited supply,” and reserved for first responders and people most vulnerable to the virus.

Redfield estimated the shot wouldn’t be broadly available until the spring or summer of 2021.

After Trump’s comments, CDC officials claimed Redfield thought he was answering a question about when vaccination of all Americans will be completed.

Trump also disagreed with Redfield about the effectiveness of protective masks, which Redfield had said could be even more helpful in combating the coronavirus than a vaccine.

United Nations chief says the pandemic remains “out of control,” with the world approaching “the grimmest of milestones: 1 million lives lost to the virus.”

Secretary-General Antonio Guterres told a news conference Wednesday that the coronavirus “is the number one global security threat in our world today,” posing a crisis that is “unlike any in our lifetimes.”

He said that’s why he called for a global cease-fire on March 23 to tackle the pandemic.

And in his speech to world leaders at next Tuesday’s mainly virtual meeting of the UN General Assembly, Guterres said he will make “a strong appeal to the international community to mobilise all efforts for the global cease-fire to become a reality by the end of the year.”

The secretary-general urged the international community to come together to defeat the virus, stressing that a vaccine alone can’t solve the crisis.

The Foreign Ministry said the Austrian capital Vienna, Budapest in Hungary and the Dutch region that includes Amsterdam were added to the risk list due to high numbers of infections there.

Travellers arriving in Germany from those locations have to go into mandatory quarantine and take a coronavirus test.