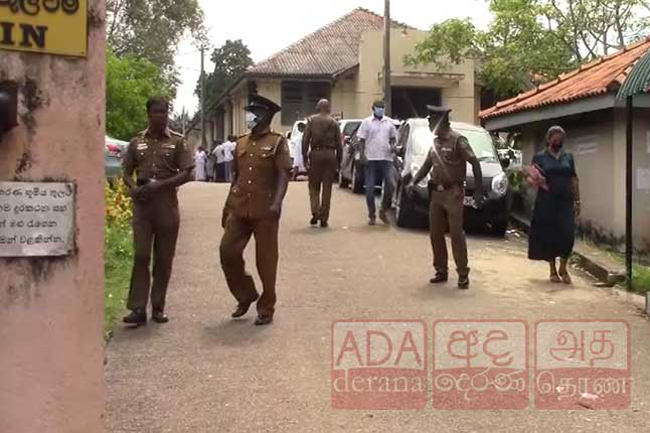 A new tendency is observed among witnesses in criminal cases admitting themselves to hospitals the day before the hearings in order to avoid testifying before courts, Deputy Solicitor General Dileepa Peiris told the Colombo High Court today (18).

He made this remark when the case filed against former Magistrate Thilina Gamage and three others for keeping an elephant calf without valid a license was taken up.

A private security guard of the former magistrate, Constable Dissanayake, was slated to testify before the Colombo High Court Judge Gihan Kulatunga today, however, he failed to make his appearance.

Officers of the Criminal Investigation Department (CID), submitting a report to the court, stated that the witness has admitted himself to the Puttalam Base Hospital last night (17) citing a cardiac arrest.

Thereupon, the Deputy Solicitor General noted that critical and important witnesses of criminal cases tend to get themselves admitted to hospitals the day before the hearing begins.

He also pointed out that these witnesses discharge themselves from hospitals once the hearing of the case is postponed, adding that this is an apparent new trend to evade testifying.

Such witnesses also believe that the court would be dormant on the matter, the Deputy Solicitor General stated, requesting the High Court Judge to call for a medical report from the Director of the Puttalam Base Hospital on the health condition of the former magistrate’s security guard.

The High Court Judge then ordered the CID to obtain the medical report on the witness in question and issued a warrant to arrest him. The CID has been instructed to execute the arrest warrant following the discharge of the witness from the hospital.